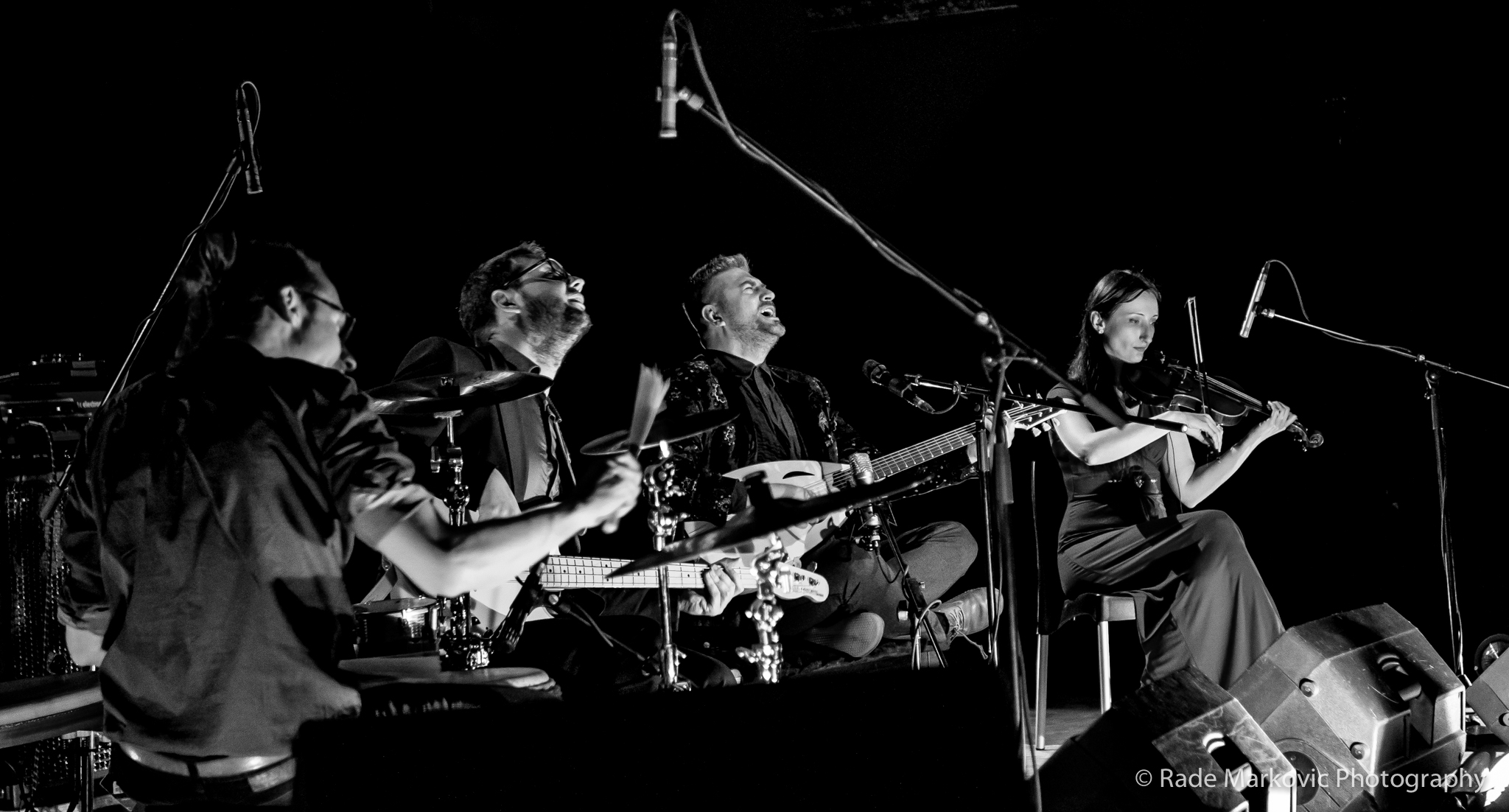 “Takht” used to be a name of small, chamber groups that travelled the Mediterranean and played the music of the region. Today's Damir Imamović Sevdah Takht is a reminiscent of that tradition: daring bands that cross the borders of genres and learn from different traditions. Besides Damir, the band are:

Nenad Kovačić - Percussionist with big experience with rhythms of the Balkans, Africa and the Arab world. He plays in bands such as Afion, Antenat, Živa voda, Mimika and Truth ≠ Tribe. Nenad is a prolific author for film and theatre. He is also a teacher of djembe as well as frame drum.

Ivan Mihajlović - Bassist, author and a producer. He played in bands such as Nikola Vranjković, Naked, SviNaPod, Menson Benson and Plava kuća. Ivan writes for film and theatre.

Ivana Đurić - A virtuoso violinist, trained in European classical music as well as in sevdah. He studied classical music in Bosnia and France. As a member of the famous Radio orchestra in Sarajevo, she learned from older sevdah musicians. Ivana plays different styles of music and performs regularly in Bosnia and internationally.